Hugh Laurie, as Dr. House on the acerbic medical drama, House, used to state, “ Everybody lies.” As a consumer behavior expert, I often tell my clients the same thing, (but with slightly less malice). People lie to us. Every day. Whether we are slicing up big data, or sipping coffee during an ethnography, people tell us lies. Every damn day.

It’s a frustrating endeavor… We ask, they tell, and we seem no closer to the real truth of who they are and what they desire than a large percentage of those trips charted out for us via Google maps…. you are driving along, listening to the confident voice of your high tech directress, and you arrive……at a random building on a side street miles from your intended destination. Despite having longitude and latitude on your side, you just cant seem to get where you are going. Why is it, with all the shiny new tools we have at our fingertips, we so often feel like we are divining for water with a branch, instead of mining hard and fast information based on fact. WTF is going on?? Just spit it out, people!

I believe the great chasm between truth and self-fiction can be found in one simple word: Nostalgia. Nostalgia…..sounds soft and gentle, doesn’t it? – something wrapped in velvet, maybe with a touch of chintz. Yet Nostalgia is really the Bermuda triangle of marketing – a vast inscrutable space and place in time where consumers fabricate deep and rich stories about who they are, where they have come from, and where, perhaps, they may go. Defined as a wistful desire to return in thought or in fact to a former time in one’s life, to one’s home or homeland, or to one’s family and friends; a sentimental yearning for the happiness of a former place or time, nostalgia sounds innocent, and a touch sad. What the definitions fail to warn us is that these memories of prior lives and sweeter times are incredibly false and woefully misleading – to all parties involved!

For years, I have spoken with and interviewed hundreds of people. And, in the course of a few short hours, I have witnessed complete Potemkin villages constructed before my eyes in the name of nostalgia. Vacation haunts, first loves, pet rabbits – have appeared mist-tinged and purple with prose from people’s ‘memories’. And what power these memories have! Nostalgia becomes an almost animalistic force that dictates so much of what people chose to aspire to and reach for at each milestone of their life. It seems that every step forward is ghosted with an emotional step back towards something believed to have been ‘better.’

I have always been challenged by this puzzle, by the rapt attention and almost carnal longing people give to stories about the past – even more so when I check these facts with other family members. So often there is little to no truth involved in the memory shared. What is happening?? Where does the truth disappear? And how do we understand what real desires are at play?

A great deal of research has been conducted in the last several years around memory. How much is real? And how much is constructed by our parents, by stories shared by friends and neighbors, and by elements of the culture in which we were raised? It seems that memory, and with it, nostalgia, is ultimately a construct built around age, opportunity and time. After reviewing much of the most recent research and findings by prominent social scientists, I have come to believe that most memories, and the nostalgia that accompanies them is a simple longing for a sort of ‘sliding doors’ phenomenon…the idea of what might have been, and the delicious exercise of finishing early stories of our lives with bigger and better endings. Nostalgia is really a wolf in the sheep’s clothing of aspiration. Our memories sit in service to how we wish to see ourselves, and how we hoped our stories would spool out. We are wistful for what we might have been.

Our memories of youth are refracted with the bright lights of unused time – events that occurred with endless miles and hours to evolve, to experience, to grow and to change. When we envision decisions, heartbreak and experience through the rear view window of a later age… we see and interpret the facts as opportunities that could have led to a thousand different outcomes. A trip abroad that could have become a life in Provence; a chance encounter in a coffee shop could have led to love of a totally different sort than we have now; an impetuous break up that today, seems devastatingly poignant. The point here is that most of what we miss, and what we long for, never occurred. We will never know if that lost love would have meant a life full of fulfillment and heady, delicious sex, but we can imagine it so…adding drama and scope to a life that has perhaps turned ordinary. We color life’s milestones with the rosy hue of time, space and possibility: something we start to run short of as we grow older. The decisions we make later in life tend to have smaller and flatter outcomes. The dazzling trajectory of a decision made at 20 is far more stunted at 50, and even a 20 year old looks at the wider scape of childhood with longing and wonder. What lies ahead is often frightening in its very black and white limits. So we look backwards instead of forwards, and ascribe a degree of romanticism and glamour to a life perhaps not really lived, but imagined. We live in reverence to a person we never were, and in anticipation of someone we will never be.

Dancing in the Moonlight 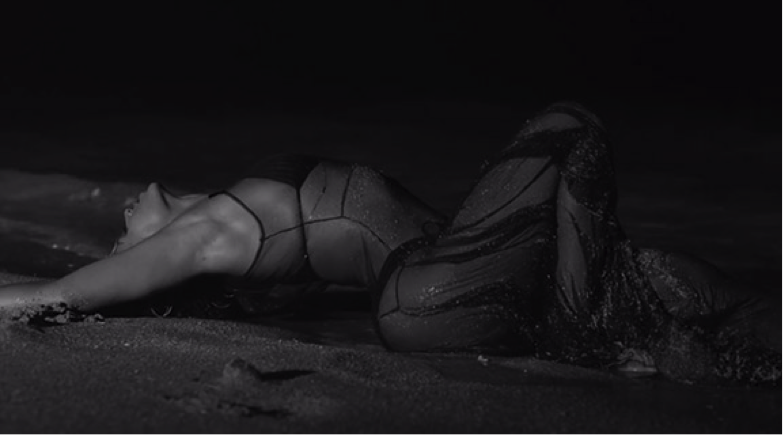 However, all is not lost!! These stories we are told actually contain the real and concrete road maps to what people long for – these very fantasies are the aspirational constructs we need to create products and build meaningful messages. As marketers, we need to interpret this dream life, the aspirational journey our customers may never have taken, and provide elements of those fantasies in what we make and say.

So how does this play out? Consider this: a recent market study revealed that women responded best to window displays full of edgier clothing they admittedly would never buy. The same study showed that broad ranges of bold color draw people into home décor displays that still show them leaving with the safer soft beige and vanilla pieces. And we all know that for all the Rihanna and Beyoncé endorsed products sold, most of us are not dancing in the sand in a thong anytime soon. But what we do long for is the recognition, the idea that maybe, if the moon is right and the stars align, on a summer day long ago, we just maybe, might have….