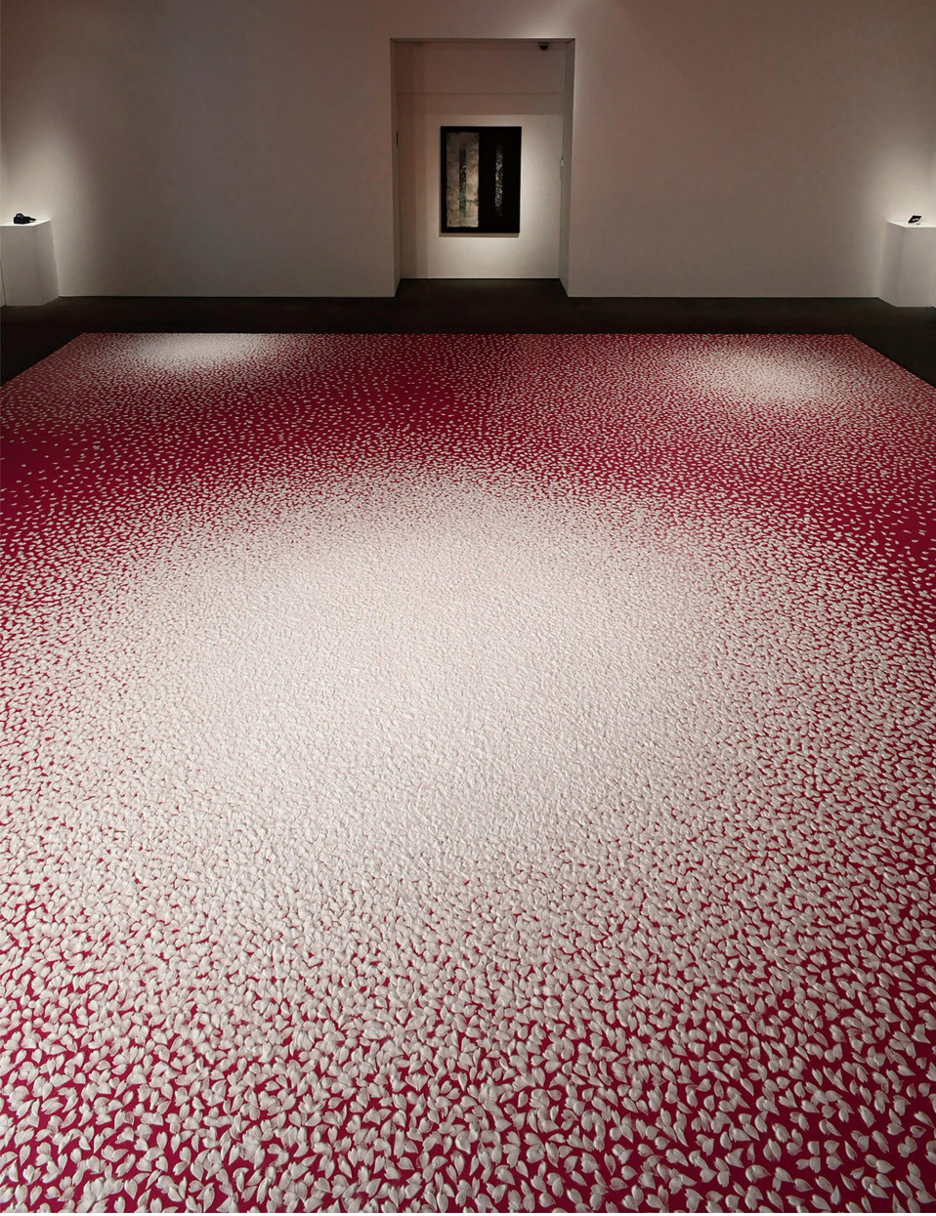 Phantom limb syndrome… according to the Mayo Clinic, phantom pain is pain that feels like it’s coming from a body part that’s no longer there. Doctors once believed this post-amputation phenomenon was a psychological problem, but experts now recognize that these real sensations originate in the spinal cord and brain. The body is calling – truly – seeking for a part of itself now gone. The brain, desiring action, is summoning soldiers of the past, telegraphing messages to a post long since abandoned. The connection has been lost.

I wonder if that is where we are now? All over the globe, we can hear the grinding of gears, a cacophony of rusted parts that no longer work. What we thought would be a candy-colored Coachella of flowers and flirting is instead a stint in some strange rest stop on a road we don’t recognize. The coordinates are wrong, the dots no longer connect. But really, how could they? We are irrevocably changed, a new organism making its way into a forever changed world. We don’t know how to walk yet in this strange new land. We are still so soft and vulnerable, carried by currents of raw emotions, washed up on strange new shores. And so tired with all the trying.

Perhaps, really, there isn’t a way to find. Perhaps there is nothing to be built. Maybe the only work right now is to softly shape a daily mandala, formed with sand, beautiful and right in the moment. To find its joy, and then do it again. And again. To be Persephone, savoring the seconds, and releasing the seasons. Humans are gifted with so much sensory intelligence, such powerful intuition, and a deep collective understanding. These well might be our new guardrails for the future, those ancient guiding constellations of our ancestors lighting these new dark seas. Those explorers put their trust in the stars and into each other. Today, and tomorrow – If we find the courage this time to do the same, we won’t just walk into the future, I believe we will fly.

It’s time for liftoff, my friends! So much goodness happening, and as usual, so many questions about this amazing quest we all share. Stay brave – and stay curious! It’s all just an adventure.

In a world where ‘belonging’ has replaced empathy as the ‘it’ word of the moment, brands are moving fast to catch and keep their customers in newly bespoke custom cocoons. And it is a dance of two – today’s consumers are still feeling disconnected from their pre-pandemic tribes of work and play and flabbergasted by the current cornucopia of choice. (An act heavily flattened by the sucker punch of lockdowns and supply chain shortages over the past two year. We are rusty.) Variety – something once craved, has become an annoying 3-year-old, tugging on our shirt and muttering nonsense in our ear. Curation feels smart, soothing and a bit like being seen. Netflix knows us, Disney Plus soothes us, Spotify educates us – we seem happy to exchange agency for apps that eliminate choice. But how about for shopping?

In a move that feels pure Gucci, this week, the luxury retail giant Nordstrom’s announced the launch of their Nordstrom’s Media Network: its first foray into the ad world. The program will enable brands to advertise directly on the retailer’s digital platforms which currently boast nearly two billion unique annual visits. Although Amazon and Target have long utilized this type of vehicle to reach – and keep – their users, Nordstrom’s represents the first luxury brand to really step into this space and offer its proprietary customer data to drive engagement, create online experiences (and sell ads) for the brands under their roof. Knowing Nordy, we are imaging a whole new kind of home shopping network… 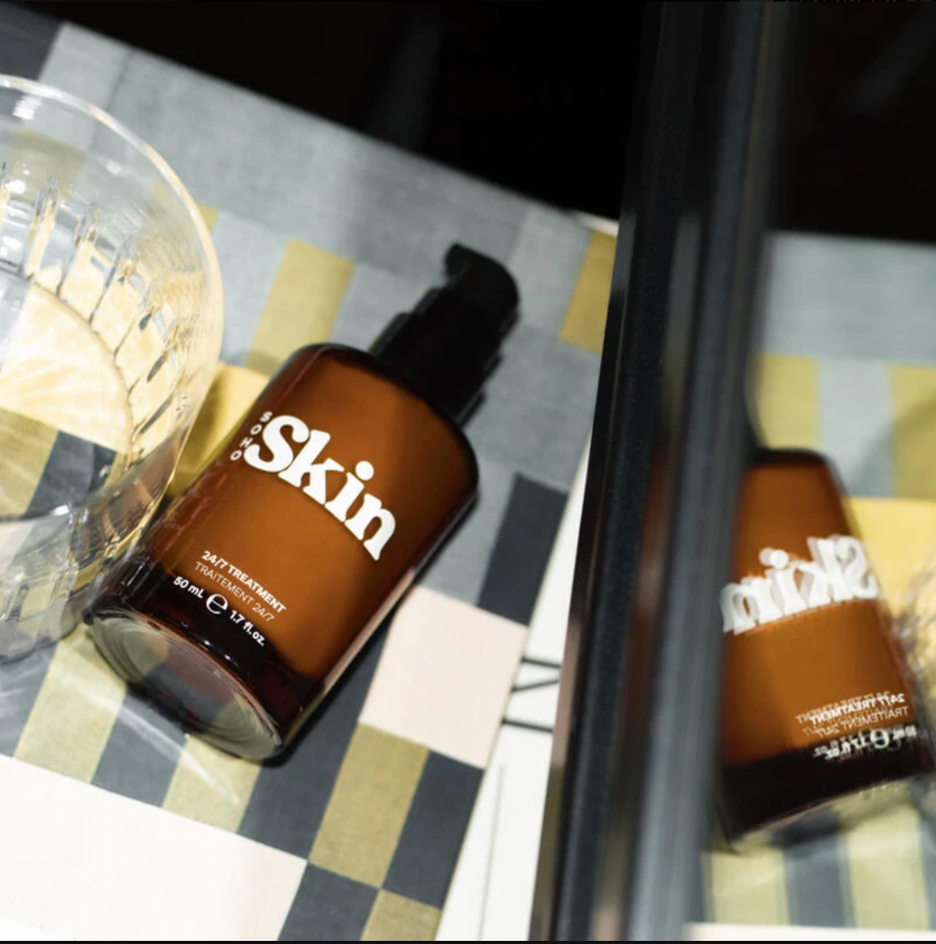 Building on that same sense of specialness and promise of pre-qualified connection, Soho House has announced the launch of a non-gendered skin care brand: Soho Skin. The exclusive social club tapped its own member community for input, with one hero product – 24/7 – already winning accolades. Currently available only at the network of private clubs, these jet setting offerings will be made available to the public in October, allowing all a chance to shimmer with exclusivity. If you can’t join them, apply them! 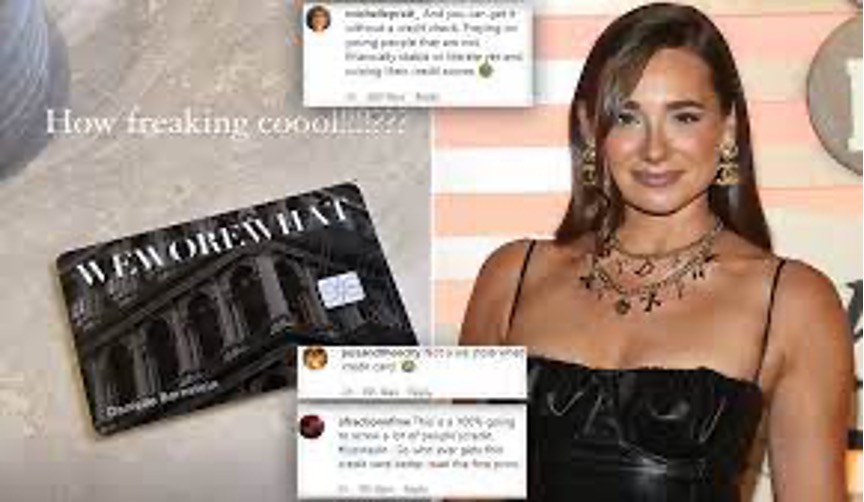 And finally, in a move causing concern, consternation (and most certainly, rapid cloning) in the influencer world, OG glam ‘grammer Danielle Bernstein has launched her own ‘affinity’ card for her eponymous line: WeWoreWhat. Deemed the first ‘creator reward card’ the Visa will offer users discounts and rewards for shopping the WWW brands, as well as partner offerings that reflect Bernstein’s glamourous lifestyle. In a strange play on life imitating art, fans of Bernstein can now be financially rewarded to eat, drink and shop in the places and spaces that the designer frequents. Certain to test the boundaries of influence, no doubt this will be the first of many such direct financial tethers to the tastemakers of today and their devoted followers. 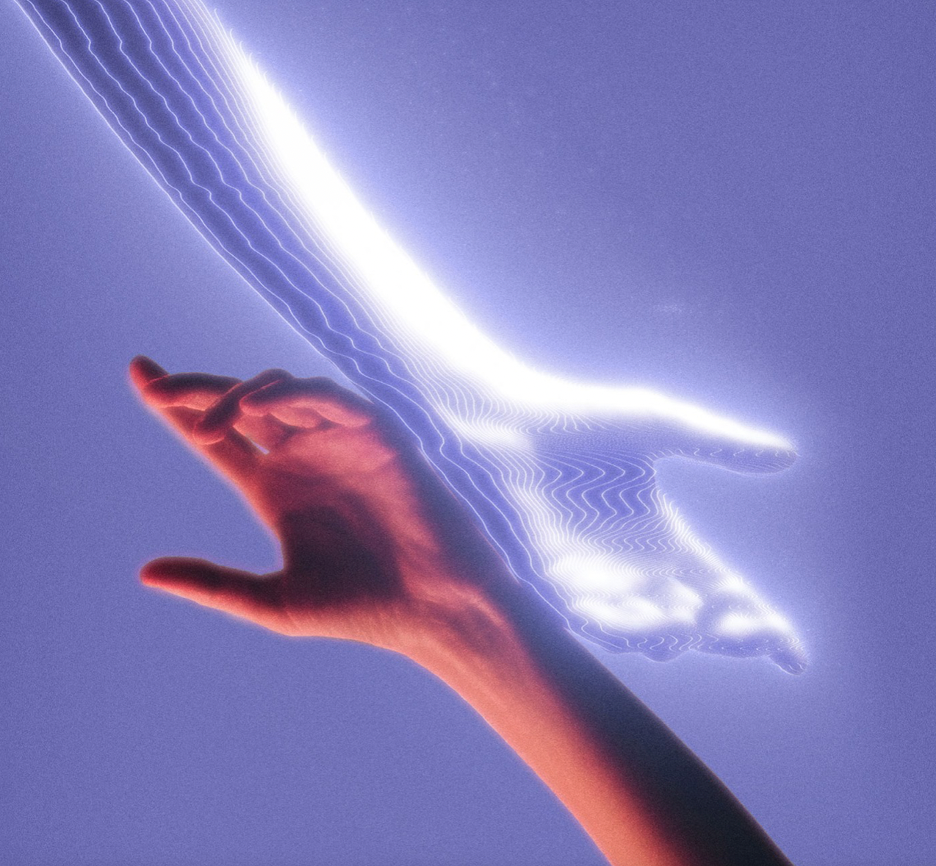 For some time now, we have watched brands increasingly produce skins and sell accessories for the massive universe of on-line gamers. These players have poured billions into outfitting their avatars in ‘fits that suit their mood and moment. Forbes has predicted the D2A (direct-to-avatar) business to be valued at $55 billion by the end of this year. As more mass brands lean into the advent of the metaverse, the obvious next step (and biggest commercial opportunity) would be a ramp up of offerings for this brave new world. But in a new and interesting twist we are seeing the introduction of products and goods made for the digital space having a second life in the real world. From Pantone’s new color-inspired NFTs, to Coca-Cola’s drop of a ‘taste the pixel’ formula, we seem to be developing a real life appetite for the textures and tastes of what we have only experienced – up until now – digitally. These ethernet offerings promise to push the imagination and open up so many bright possibilities for creation. Paging Skittles… 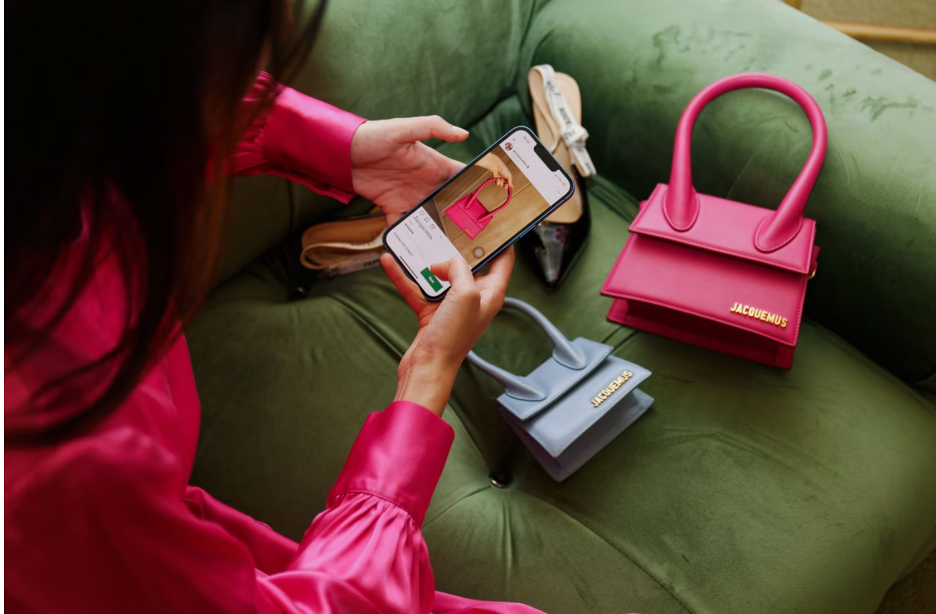 Can sharing save the planet? Maybe. In an intriguing new play on Rent-the Runway, the UK based app: By-Rotation wants you to share your closet and change the world. The app’s founder Eshita Kabra-Davies witnessed first-hand the effects of textile waste during her honeymoon to Rajasthan, India, and immediately knew she had to bring about change. Kabra-Davies went on to launch By-Rotation, the world’s first social fashion rental app. Users or ‘Rotators’ can rent and lend their designer fashion directly with each other, thereby reducing fast fashion consumption, and creating a community of sharers. The goal of the founders is more AirBnB than Uber – creating connection and inciting change by putting people literally, in each other’s shoes. A better world? Looks like there’s an app for that!

We Are What We Eat 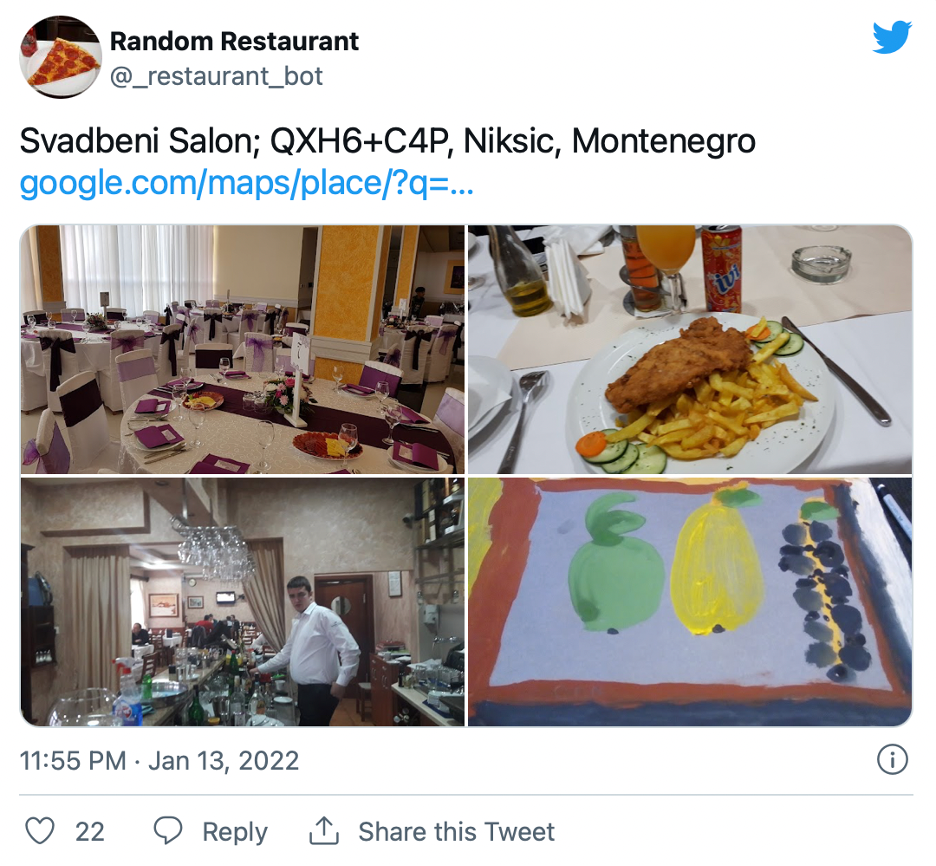 Food. In so many ways, it truly tells the story of our lives. Not the highlight reels of Instagram indulgence, but the real messy moments of food grabbed in the middle of life. The Twitter account @_restaurant_bot joyfully captures exactly this: the messy, mundanity of everyday eating. It’s daily depictions of random eateries, tired French fries, and the sameness of circumstances is a window into the broader world – and a reminder of how similar we all really are. For a daily dose of deja-vu, it’s worth a follow.